In the house of Helios, god of the sun and mightiest of the Titans, a daughter is born. But Circe is a strange child–not powerful, like her father, nor viciously alluring like her mother. Turning to the world of mortals for companionship, she discovers that she does possess power–the power of witchcraft, which can transform rivals into monsters and menace the gods themselves.Threatened, Zeus banishes her to a deserted island, where she hones her occult craft, tames wild beasts and crosses paths with many of the most famous figures in all of mythology, including the Minotaur, Daedalus and his doomed son Icarus, the murderous Medea, and, of course, wily Odysseus.But there is danger, too, for a woman who stands alone, and Circe unwittingly draws the wrath of both men and gods, ultimately finding herself pitted against one of the most terrifying and vengeful of the Olympians. To protect what she loves most, Circe must summon all her strength and choose, once and for all, whether she belongs with the gods she is born from, or the mortals she has come to love.

Listen, I wanted to love this book. I really did. Before I had begun to read Circe, I had heard a lot about the author, Madeline Miller. When I was on Tumblr (back in the good old days) I saw edits of her first novel, The Song of Achilles plastered everywhere. And everyone I knew, who had read the book, would rave about how good it was.

So when Circe came out I thought it would be a great opportunity to do a double feature. I would read Circe, fall in love with it, and then gladly move on to reading The Song of Achilles. In one fell swoop, I would become acquainted with Miller’s work and be able to rave about her online like everyone else. That, unfortunately, was not the case.

Circe was mildly interesting and only held enough of my attention to finish the book. But it failed to make me feel anything. I wasn’t in rapture at the prose or plot, and Miller hardly lived up to the standard I was expecting. Now you could just say I had unreasonable expectations and am just upset she didn’t meet them. But I’d like to stress that Circe didn’t just meet my expectations, it didn’t even have enough effort to interest me. Basically, if Circe was a song, it’d be one note.

The story fell flat and Circe as a character hardly engaged me. So much so I decided to skip on reading The Song of Achilles (which I found out was also unremarkable by a friend who read it recently). I’d only recommend this book to people who are die-hard fans of Greek myths. If you’re a fan of good writing, I’d suggest you skip on this.

The Language of Thorns by Leigh Bardugo Book Review 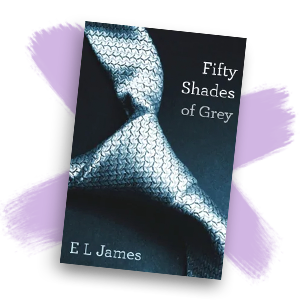